i wish i could change controls

this game is awesome.

isnt 80 supposed to be a promotion smh

jesus crist this is the best gamejam game ı have ever played!

got to level 80 something before losing

this game is crazy! I love the simple gameplay mechanic of dashing and using the abilities gained from promotions to help clear the wave faster. I too love the sprites and I think they looks real cool. You did a great job!

just spam dash when you spawn 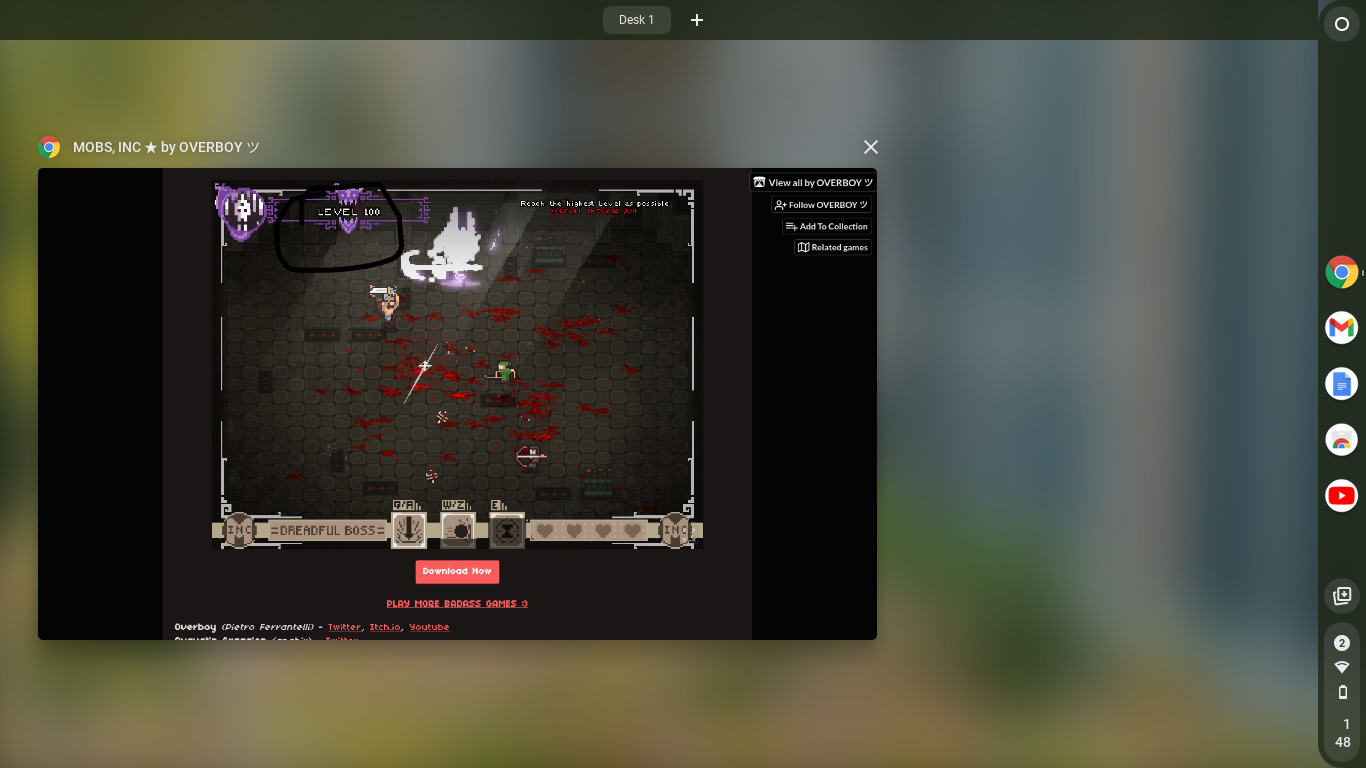 I got to level 59 on my 4th promotion! This game is super addictive, I love it!

ive made it to every single promotion without ane verbal warnings. im pretty sure that someone has done it before me though.

but game is cool

Its little wonder why this game won

It won for a fricken reason! GREAT GAME!

Bro your Game is AMAZING. I think you should release it on consoles.

took me a while but look

it did not for me 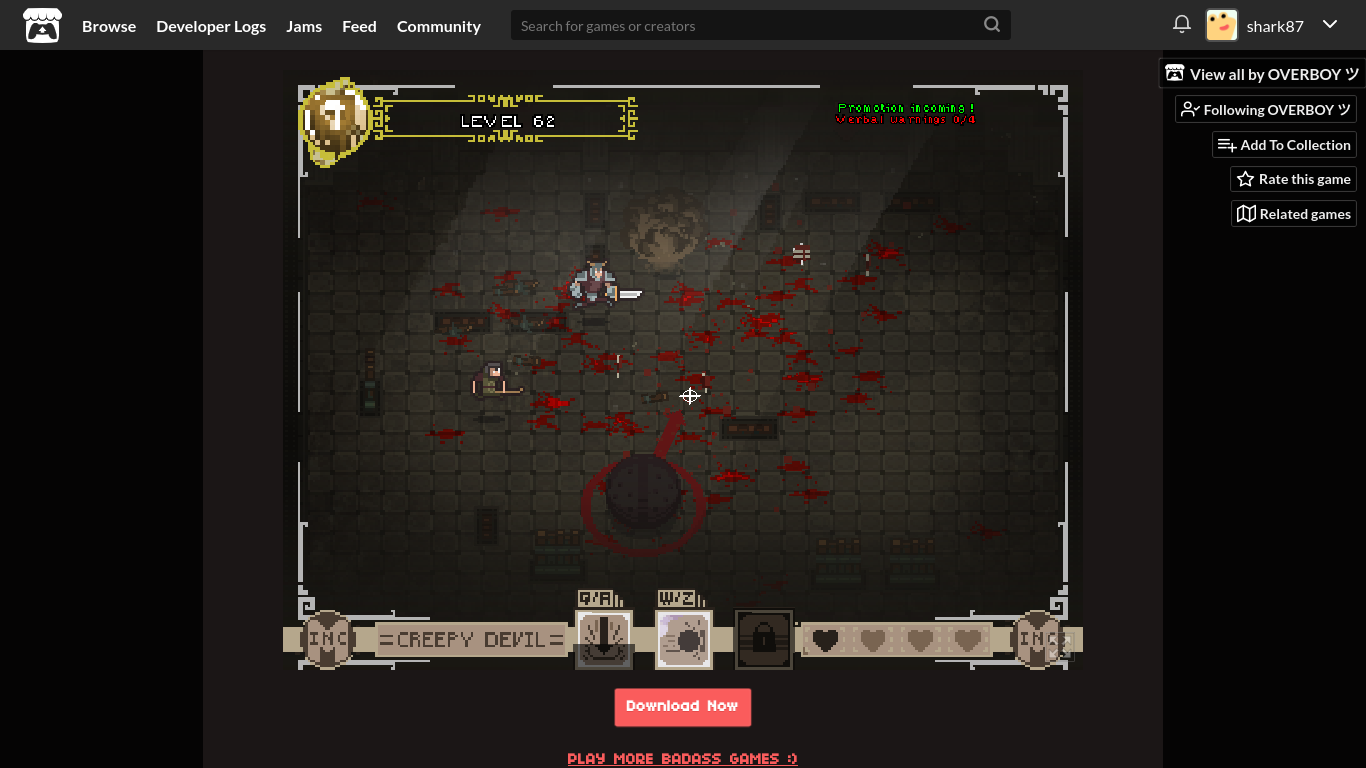 i also finished plumbers creed it was fun

Awesome game that's extremely fun to play! The graphics and sound are just great and the overall gameplay is super fun. I would love to see this game be developed further.

Pretty good game. Would prefer to have an option to change the audio because it's fairly loud on my side. Kinda curious if there's going to be other races or classes like goblins and trolls and such if this game was continued to develop after it was submitted for that jam.

Some bigger and serious game could be designed in this setting and with this hero!

also I need an argument to be settled between me and a friend that I sent told about the game.  1 do the hits after you die count, I think they do but they think there is no reason for them to because your dead and for that they do not.  2 are there moments in the game were it just gets real hectic within less then a second 10 guy or so pile on you making it almost impossible.  they think I need to just get better at the game and that those moments actually make it very easy to level up.  3 at some point it really starts to seem like it would be easier not to use abilities at all since they stop your movement and leave you open to attack during activation. I think yes but my friend thinks I am being absurd because the abilities are very helpful.  so I was hoping that you guys that have played the and maybe even the developer could just tell me.  whose right

would really like more explanation and possibly a warning as when I finish the the second one time I was right in the middle of 4 guys and kinda did not realize right away even with 3 lives was haked to bits instantly as they all hit me. If had known I was completely vulnerable at that point.  and able to control again probably would not have, also one of the armored was able to hit me well I was in the air using the first spell. happened but other then I really enjoyed the game it was amazing and would like to do more if it gets updated.  maybe a small area to test new abilities before playing with them once you have unlocked them would be nice.  then again it was one of the best games I have played in forever and considering it was made in 3 days that is very amazing and special.

I HATE THE ARCHERS SOO MUCH. 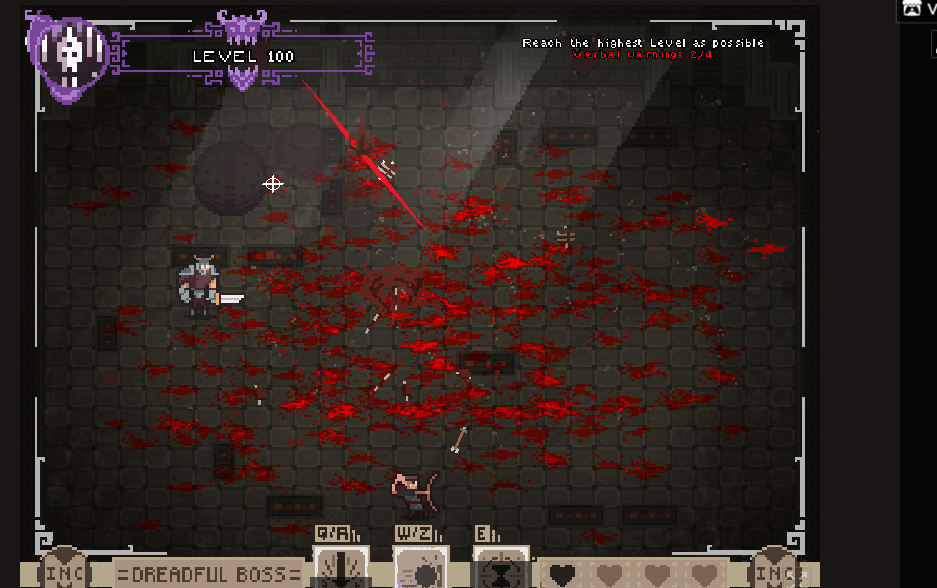 Oh my GOD ! This is really AWESOME!

Is there a way to pause the game? I lost immediately because I plugged in my headphones and took a piss...

Really fun game, one suggestion I’d  like to make is to have enemies spawn in groups so you can squash/slice more enemy’s at once.

yo my highscore is 91 i think?

great game and Awesome graphics and animation...really like the concept of the game.